Golden week happens every year, at the end of April / start of May. It's named such, because there are a large number of national holidays bunched up in a small period of time. These holidays sometimes land on weekends, so some years are better than others.. but typically a salary-man in Japan can expect at least a single 5 day chunk of time off (weekends included in that) with a few more days just before and after.
This year is a special year. The current emperor has stepped down, and a new one has taken his place. In the Japanese calendar, they change it to a new era each time this happens (through voluntary stepping down or death of the emperor). For whatever reason, the powers that be decided to give us workers a 10 day continuous (weekends included in that figure) holiday. The cynic in me thinks it's the already over paid, under worked, corrupted top level officials just trying to get more for themselves.. but in typical Japanese style it does happen to give the rest of us some time off so I decided to enjoy it :)
Traveling this time of year is rather expensive and just painful. Trains are full, places are also full... so I stayed home with the family. The trick was trying to figure out how to entertain my two kids and keep them from fighting.
Generally the daily routine went like this:

Some of our activities that went over well (feel free to use these.. not that they are innovative or anything)

On the food side.. my kids are too small to do all the cooking, so they help out or we find a few things they can do!

Use the blender to break carrots and onions into tiny pieces (for pasta sauce) or making yogurt fruit drinks. Pizza is also a fun one. Though, I think they enjoy making morethan actually eating the food they make.

Anyways... Saving the most interesting adventure for the last bit here.

On the way home from the mall we saw a car accident. Not the typical small fender bender, but a head on collision with all the special effect sounds. I was at the corner of an intersection waiting for the light to change, my two children on the typical Japanese bicycle kid seats, awaiting to cross the lights... 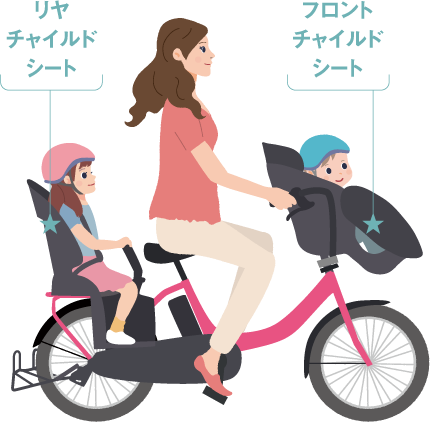 when a (sort of?) head-on collision happened right in front of us. I guess about 3 to 4 meters away. The car closest to us was making a right turn (for those of you that drive on the right hand side of the road, that would be the equivalent of turning left) when another car hit it off center. 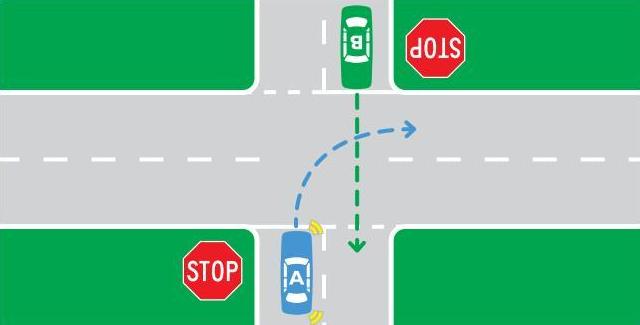 Using the diagram above, I was on the bottom right side. And the green car slammed into the blue car (actual colours of the cars were are different). With the screech of bending, tearing and twisting metal the green car went right on by and came to a stop further down the road. The blue car was turned around 180 degrees and then for an additional kick to the groin, it fell on its side. I could see gas (the gaseous kind, not the petroleum variant) spraying out of the radiator and other fluids seeping out.
Another lady near me called for an ambulance and luckily there seemed to be nurse jumping out of the car behind the blue one. A police station is located about 100 meters away, so a couple of officers were there within a minute and already trying to open up the car. The driver of the green car seemed unhurt, and had ran to aid the blue car as well.
Having two kids with me, and not being able to do anything... I decided the best thing I could do was to leave. I didn't really know what happened and I didn't want take any risks. Of course there were plenty of bystanders watching.. possibly taking photos. >:(
As I rode away, I also had a look at the green car. The front corner was crumpled and liquids were pouring out of it.It happened fast, and unlike the movies I doubt I could have gotten out of the way if either car had been bound for us.
The only impression I had, was the green car felt like it was going too fast. I spoke about it with my daughter and she said the lights were all red. In Japan, especially Osaka, I often see cars running yellows and reds (you know.. green means go, red means stop, yellow means speed up?). So I have a feeling the blue car was turing at the end of a light and the green one was rushing through to beat it. Even if that is the case, this is Japan so likely both drivers will take some part of the blame.. because, Japan.
I've taken to holding back a little from the curb these days. Especially since there was another accident on the news about another accident... a car turning wasn't paying attention, the oncoming car couldn't stop in time and the person driving swerved to try and avoid... and they collided. The one going straight ended up being pushed into a group of kindergarten children waiting to cross the road. I don't know all the details, but I think a few children were killed as well. The fault was completely with the driver turning, but the one that swerved to avoid is the one that ended up hitting the children.
So that was my golden week.